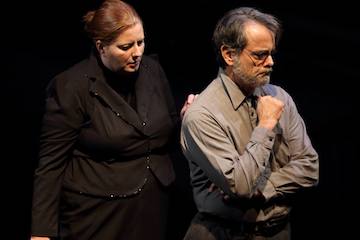 Since the founding of The Liminal Playhouse, the question we have been asked the most often is, “What does ‘liminal’ mean?”

There are liminal creatures such as the Green Man, half human, half plant, and usually depicted as a face made of foliage with human eyes. Our logo started as a sort of reverse Green Man, who has nothing left but leaves for eyes. We pretty quickly realized that the logo itself is liminal, depending on how you look at it or orient it, it might be eyes, or birds, or wings, or tears…. 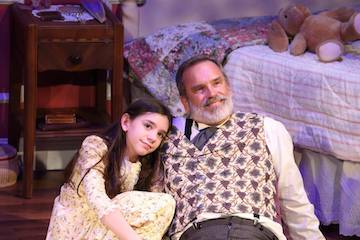 There are technical uses of the term in fields such as anthropology where liminality refers to the ambiguous state of participants in the middle of rituals where they are not yet in the state the ritual is designed to confer, but they are not the same as they were before the ritual started either.

We think you will find that our productions are very liminal indeed. We hope you will continue to support us in our exploration of liminality!